Help! My Apple Watch is not booting anymore!

Home iOS Help! My Apple Watch is not booting anymore!

I’m one of the happy customers who received its Apple Watch in April. I played a lot with it, and, of course, I used it to develop and test some of my WatchKit apps. 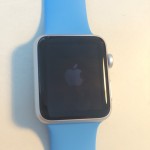 But during these tests, I had some issues with Xcode/my iPhone/my Watch, and I wasn’t able to push apps on my watch. I decided to reboot the whole chain. Everything was fine for Xcode and for my iPhone, but my Apple Watch took a loooooooong time to boot. A veeeerrryyyy loooongg time. After 5 minutes with an able logo on my Watch’s screen, I understood that there was a problem.

I tried to reboot it again, to wait more time, nothing seems to have any effects. But under the Apple logo, my Watch was working! I was able to feel the haptic feedback for notifications, for example. I decided to take a look on my iPhone, and it was connected to the Watch! 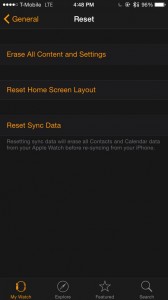 To solve the problem, I used the Erase All Content and Settings option of the Reset panel to try to restore the Apple Watch to it’s original state and… It worked! I was then able to pair my Watch and my phone again, and even to restore my previous backup. No data was lost during the operation, but please, Apple, fix Xcode/iOS/Watch OS to avoid these issues!

Javier Soto (@Javi) had the same issue (on Twitter), and a reset was also able to solve the problem!